In addition to being a tournament sponsor, Management Solutions won the Twelfth annual ProAm charity golf tournament held at Boadilla del Monte (Spain), organized by Fundación Deporte y Desafío (DyD) with the aim of raising funds for the social integration of people with physical, intellectual or sensory disabilities through sports

Twenty participating teams, each made up of a European Tour professional golfer and four amateur players, gathered at Santander's golf course in Boadilla del Monte for the twelfth ProAm charity tournament organized to raise funds on behalf of the Sports and Challenge Foundation. Management Solutions, which has participated in all editions of this tournament, came out on top once again after having won the first edition of the Tournament in 2010 and also the 2018 edition.

Fundación Deporte y Desafío is an organization that works towards the social integration of people with physical, intellectual or sensory disabilities through sports, aiming to increase the freedom and independence of people with disabilities and helping them to develop their potential. 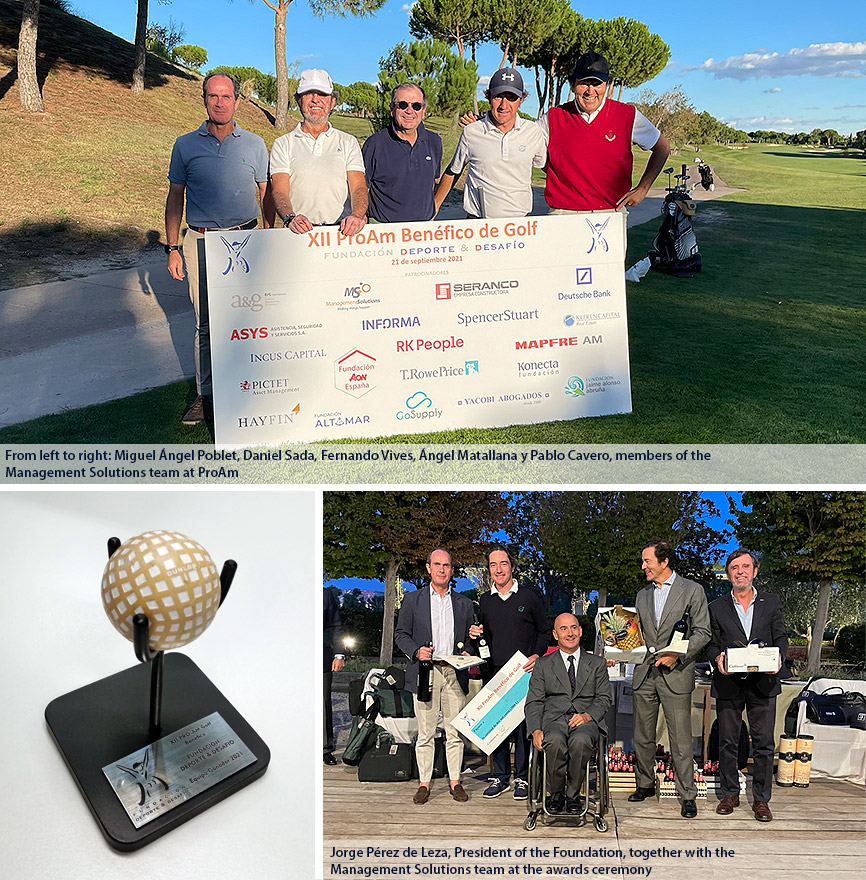