During the past weekend, the Management Solutions France Sports Club organized pétanque (including its Finnish variant mölkky) and paddle tennis championships

The sports weekend for MS France began with pétanque and mölkky championships on the Esplanade des Invalides. The activity was praised for its good atmosphere and the skill displayed by the Firm's professionals during the matches. Ana Vázquez, Davide de Franco and Felipe Gallardo won the championship.

The following day, twelve professionals divided into six pairs participated in the First Padel France Tournament at the "Parc de Tremblay". The couple formed by Ignacio Gálvez and Kenzo Ramdani won the tournament, which closed with a light snack so that participants could recover their strength. 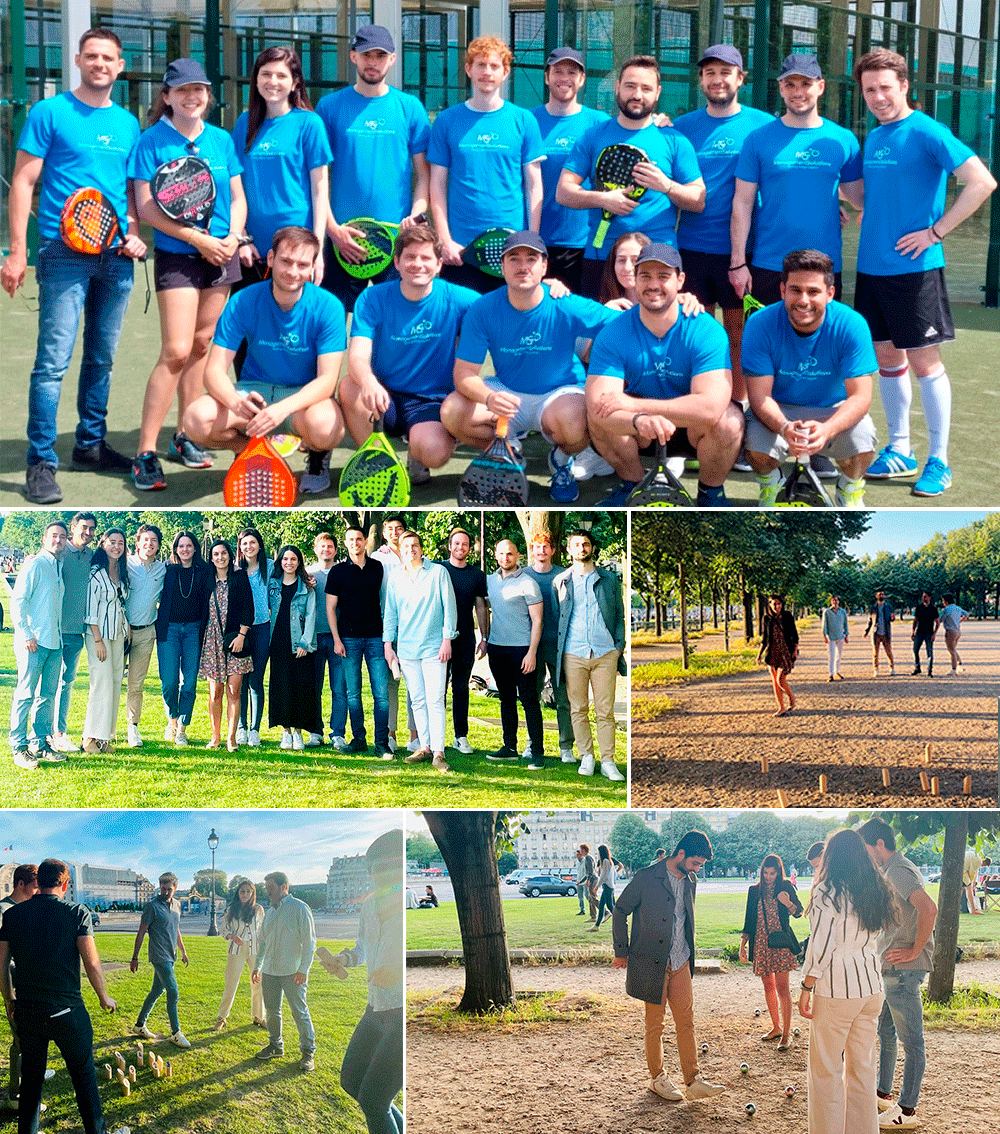